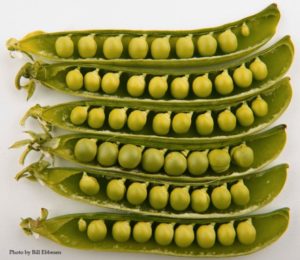 The term ‘Podcast’ is probably familiar to even the least tech-savvy of Internet users. Made popular by Apple and iTunes around 2005, the phenomenon is actually about 12 years old, with the first podcast episodes of news and entertainment made available in 2000 by i2Go. From a humble beginning of about 3,000 podcast episodes, the iTunes Music Store now offers hundreds of thousands of podcasts on a huge variety of topics, from music to politics, gardening, cosmology and everything in between. So who uses Podcasts? Oh, you know, just a bunch of companies like NASA, the BBC, the ABC, SBS, CNN, Reuters, TED, The Wall St Journal and The New York Times, and people like Ricky Gervais (a podcasting veteran), Ellen DeGeneres, Hamish & Andy and Dr Karl.

Ok, good good, awesome people use podcasts, but what the heck are they? From Wikipedia:

“A podcast is a type of digital media consisting of an episodic series of audio radio, video, PDF, or ePub files subscribed to and downloaded through web syndication or streamed online to a computer or mobile device.”

So basically, a Podcast is like a TV or radio series, broadcast over the Internet. Podcasts don’t have to be ‘episodic’, though. They can be as random or as planned as the authors wish, and many of them don’t lock themselves into a set format. This can be useful if you want to use podcasts selectively for one-off events, such as interviews or seminars. Also, podcasts are generally free!

To get into the tech-side a little bit more, let’s look at what makes up a podcast.

There are two basic elements: the media file that you want to broadcast (audio, video, text), and an XML file. The media bit is pretty self-explanatory (and crucial), and I’ll go into more detail on that later, but the XML file is less well-known about, but equally as crucial. Extensible Markup Language (XML) is the code we use to generate an RSS (Really Simple Syndication) feed, which is the gateway to the podcast media. Information held in the XML file includes the title of the podcast, its website location and a short description of the channel. It may also contain information about the language of the podcast, copyright information, category information, and contact details of the editors/authors/maintainers.

It is this XML file that is used by (and required by) every podcast repository to index the feed and make it available. Think of it like the cataloguing computer of a giant library – it doesn’t hold the text for the books in the library but simply tells you where the book is. Find out more about XML/RSS by following the links at the bottom.

Putting a Podcast Together

Making the media for your podcasts has never been easier. If you’re just getting started, there are apps available for smartphones to record dialogue and post it directly to a podcast. If you want something a little more professional, you’ll need a little bit of gear.

If you’re going to produce a video podcast (‘vodcast’), you will obviously need some sort of video-recording device. This could be a digital camera, smartphone, webcam, or a professional video recorder (it really depends on budget!). If you’re only producing an audio-based podcast, while you could use any of the above mentioned gear, it’s generally advisable to invest in a decent microphone. There are plenty of mics on the market made specifically for podcasting, and some connect to your computer directly via USB, so there is no need to buy an extra unit to be a microphone pre-amplifier and audio interface.

You’ll also need some software to record into and put it all together. There are dozens of applications covering the wide range of podcasting requirements, so you may need to do a little research to find what suits your needs (and your budget). For example, ‘Audacity’, a free audio recorder & editor, is fantastic for the audio, but provides no video functionality, or any publishing features (to create an XML/RSS feed). If you don’t mind paying a little for all the bells & whistles of a fully-functioning Podcaster application, then something like ‘Propaganda’ may suit your needs. See the links below for more ideas.
So, uh, what’s the big deal, again?

In October last year, Apple announced that there were over 200 million devices running their iOS6 operating system. Why is that important? Every one of those devices now comes with easy-to-use software for listening to podcasts, conveniently hooked up to the biggest podcast repository – the iTunes Music Store. That may sound like a Mac plug, but it’s also a staggering figure. That was last year…now, iOS6 is used on around 90% of all iDevices…of which there are around a billion worldwide. That’s a pretty big potential audience…

Sorry, the comment form is closed at this time.